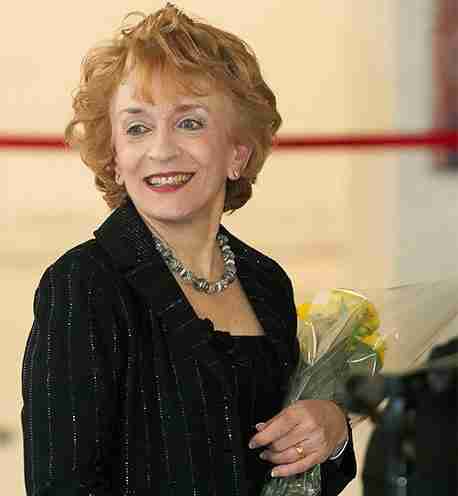 Connie Fortunato has a passion to inspire children to dream big dreams and then work hard to achieve them. She believes that all children are talented and when involved in a dynamic and positive learning environment, can break through the limitations of a system or society that fails to “connect” with their “inner giftedness.” Her work crosses all social, economic, and religious barriers, bringing children together from all extremes to form “one big family” that works together, respects one another, and achieves astounding results that transforms children, communities, and countries.

Connie began working overseas in 1993, focusing her work with orphans in Romania. In 2000 she conducted a music camp for children in three villages—a “first” for a post-communist country. Since then her passion has led her to Ukraine and the major cities of Romania . Everywhere she goes she works with all children regardless of economic background or talent. She works with the Ministry of Education and Departments of Social Services to include children with various challenges, as well as foundations, foster homes, and orphanages.

In May 2014, Connie was named “Honorary Ambassador of Peace for Ukraine” the only non-Ukrainian to ever receive this award. Her proclamation was signed by Petru Poroshenko who was elected President of Ukraine two weeks later.

Connie is a graduate of Wheaton College in Illinois, with majors in both music and literature. She has been involved in music for over forty years and published music education curriculum for preschool through adult. In 1985 her adult curriculum won the Gold Medallion award. She has conducted training seminars, served as guest conductor and clinician for choral festivals, been an adjunct professor at both the undergraduate and graduate level, and done consulting work throughout the United States.

Connie’s latest ventures are Musedics, a unique online music ensemble program for schools, micro-music hubs, and individuals in their homes, and Micro Music Moments, a video series created to provide an opportunity for the youth of the world to show support for the youth of Ukraine.